Trolls World Tour is a colorful animated masterpiece, initially made for kids but adored by everyone worldwide. This uplifting sequel of the 2016 Trolls movie exactly is what everyone needs during the quarantine to uplift their spirits!

Colorful and mind-altering, this Trolls World Tour review will reveal why fans are dying for this movie. It has become a must-watch movie during quarantine since the pandemic has made most movie theatres to stop their operations temporarily. Other most-awaited films such as ‘No Time to Die’ by James Bond are also postponed.

The start of the movie shows a troll sneezing into a screen, which is a bit disturbing since the world is still fighting a plague. And the ever-enthusiastic Princess Poppy (Anna Kendrick) and her devotee Branch (Justin Timberlake) discovered that other trolls are existing aside from them.

Moving on in this Trolls World Tour review, there are six different tribes of trolls such as the Pop, Rock, Funk, Classical, Techno, and Country Trolls. These tribes are based on different genres of music. 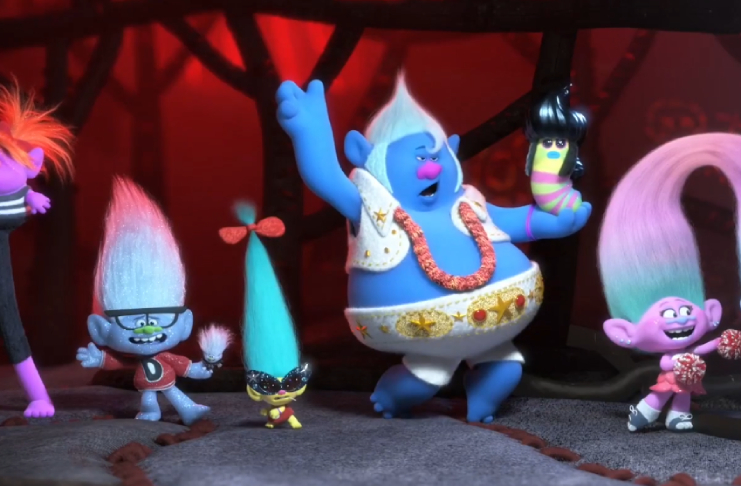 Taking over the tribes

The first breath of the plot takes place when Queen Barb (Rachel Bloom) was introduced, and her evil plan of taking over all of the tribes. The goal is simple: steal all six magic strings.

Once Queen Barb steals all the magic strings from the six tribes, she’ll be able to produce a power chord that allows her to dominate other trolls.

Universal Pictures decided to release Trolls World Tour starting Friday. If movie theatres were still operating, it could have been the same day as the launching.

However, Universal may be starting a war against movie house owners for violating the rules of the theatrical window. It refers to the months between the release date of the movie in the theatre and its appearance on national TV’s.

Now back to the Trolls World Tour review, the fight of the trolls went on as Queen Poppy tries to talk to Barb and convince her to let it drop and be friends. However, Queen Barb is determined to steal all strings, and Queen Poppy realizes that not everything can be solved by being kind.

It cannot be denied that just like the first trolls movie, the success relies on Timberlake. Now that he’s paired with a new song composer offering fresh music, Trolls World Tour might be a success despite not being able to launch on a movie theatre.

Fun-filled, uplifting, and full of music, this movie is what families need right now to distract themselves from the on-going pandemic aside from playing free RPG games. This Trolls World Tour review reveals that this sequel helps to ease anxieties and, for a few hours, keep watchers feeling safe from the virus.