President Donald Trump has just announced $300 billion worth of new tariffs on will be imposed on Chinese made consumer goods from September 1.

The new measure will effectively tax every Chinese product coming into the United States. That’s bad news for consumers.

“Trade talks are continuing, and during the talks the U.S. will start, on September 1st, putting a small additional tariff of 10% on the remaining 300 billion dollars of products coming from China into our country,” he tweeted.

That ‘small tariff’ is not even his last shot in the locker in his hardball negotiations – he’s threatening to ratchet up tariffs to 25% in the ongoing US China trade war.

…during the talks the U.S. will start, on September 1st, putting a small additional Tariff of 10% on the remaining 300 Billion Dollars of goods and products coming from China into our Country. This does not include the 250 Billion Dollars already Tariffed at 25%…

China tariffs and the Bitcoin price

But the increase in tariffs could potentially be good news for Bitcoin.

In the hours since Trump tweeted earlier today the price of Bitcoin has risen $400.

Do BTC investors see the ratcheting up of US/China tension as an opportunity?

Back in May DigitalX CEO Leigh Travers outlined his theory to Micky that the US China trade war had caused a Bitcoin price spike as Chinese wealth flooded into BTC as a ‘safe haven’.

Bitcoin jumped 40% in the space of a week after 25% tariffs on $200 billion worth of Chinese goods went into effect.

Travers was far from the only person to make the connection.

Correlation is not causality and there’s not a lot of hard data coming out of China to prove the theory either way, due to the Government’s ban on crypto trading.

Other factors in the May price spike included Bitfinex’s $1 billion IEO and the mainstream publicity from Consensus conference in New York.

And even if the theory was correct in May, there’s no guarantee a sustained spike will occur again.

It’s worth noting that last time the tariffs were immediate, whereas these won’t happen for a month.

Although Chinese investors are prohibited from trading Bitcoin on mainstream exchanges, they are allowed to own Bitcoin. Chinese investors can buy Bitcoin through Over The Counter services, via VPN to international exchanges, or they can trade on peer to peer  platforms.

Travers said the depreciation of the Chinese Yuan, combined with nervousness about the effects of the trade war on the Chinese economy saw the flight to Bitcoin.

“Chinese and expatriate Chinese around the world are contributing to the recent rise in the price of Bitcoin. They are seeing Bitcoin as a hedge against the falling Yuan,” he said at the time.

Since then, in early July, the Chinese state run media agency Xinhua News Agency published an analysis of Bitcoin that called it a ‘safe haven asset‘. 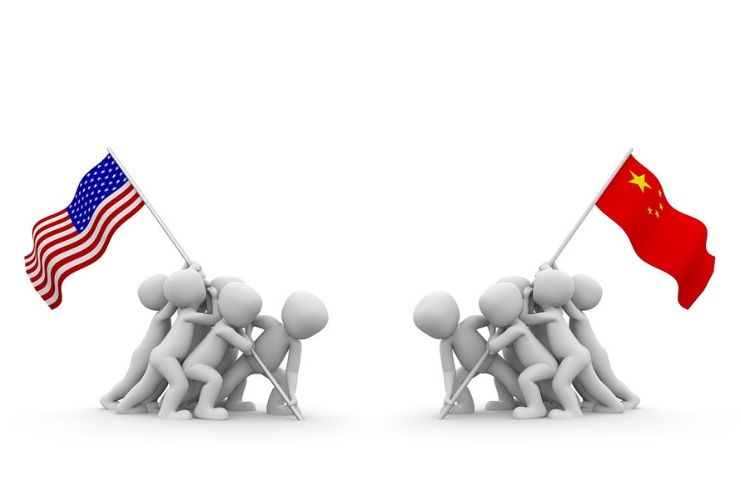 Concerns about the global economy, inflated stock prices and falling yields on bonds and the ‘negative interest black hole’ has seen investors around the world looking for other asset classes.

The South China Morning Post reports that both gold and ‘digital gold’ in the form of Bitcoin have been on a bull run this year as investors seek a way to hedge their portfolios.