Twitch organizes its streaming site, adding an eSports directory as most, if not all, eSports events pivot to online streaming amid the global pandemic.

With Twitch being dubbed as the “true home for eSports,” the live streaming service website decided to come up with an audience-friendly directory for all eSports events.

As big events continue to either get canceled or delayed and the traditional sports at a halt, many have turned to eSports for sports entertainment.

To add, a lot of significant eSports events, which normally happen in a stadium, are pivoting to online streaming as an alternative, instead of canceling the events as a whole.

It could be noted that Facebook launched the Facebook Gaming app earlier than supposed to, as the social media giant also noticed the overwhelming surge in live game streaming as the global pandemic continue to force the public inside of their homes.

Esports now has a home on Twitch.

Check out the Esports Directory to watch live events, catch up on past matches, and discover pro player’s channels.https://t.co/Xk5MrzDeoj

In the press release issued by Twitch, it was emphasized that the eSports Directory was created to cater to the demands from its “vibrant community of competitive gaming fans.”

As previously reported by Micky News, Twitch garnered an overflowing viewership surge and most of which are coming from live eSports competition streams.

Also, it seems like the San Francisco-based company is making a statement against other live streaming services that Twitch is, in fact, the home for eSports and still the “best place to watch.” 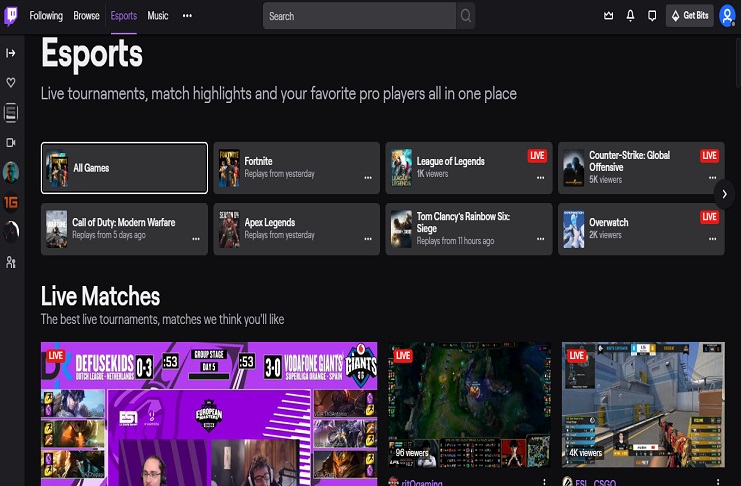 With a lot of eSports events lined up for this year, Twitch will organize all the streaming feeds into that one dedicated directory.  This will make it easier for viewers to look for the event they’d like to keep up with, instead of looking for possible accounts that are streaming such events.

An excerpt of Twitch’s announcement reads:

The Esports Directory will be populated with the most competitive and premier esports events around the world, like ESL Katowice, Rocket League Championships Series, Twitch Rivals, and the League of Legends World Championship to name a few. We’ll continue to add more events, channels, and pros to keep the content fresh and make sure we’re including all of the players and games the community cares about most.

The eSports Directory actually makes it 10 times easier to find and jump from one eSports event to another, as there are times that other events around the globe may happen at the same time.

This could actually be an apt preparation for the upcoming League of Legends World 2020, the Summer Split, or the other big events that are rolling out for many big titles such as Overwatch, CS: GO, and the wildly popular recently, Valorant.