Konami Digital Entertainment has confirmed that the UEFA Euro 2020 downloadable content (DLC) for eFootball PES 2020 will be released this coming June 4 by way of Data Pack 7.0.

Fans of the beautiful game might be delighted to know that the UEFA Euro 2020 DLC will be made available to anyone, free of charge, as long as they currently have eFootball PES 2020, or with plans to buy one soon for their PlayStation 4, Xbox One, or PC Steam.

The Japanese gaming company made the announcement through a press release posted on its official website, and also took the opportunity to share the news through its official Twitter page.

The postponed UEFA EURO 2020 content will arrive in #eFootballPES2020 on Thursday, June 4th. Check out @officialpes for details as the update will add all 55 participating UEFA National teams, 2 brand new Stadiums and more! pic.twitter.com/yQVBBmyLNW

This year was supposed to deliver the real-life UEFA Euro tournament to soccer fans in the European continent.

The threat of the coronavirus pandemic, however, has practically derailed most major sports leagues across the globe, including the Olympics, and of course, the UEFA’s Euros—which happens every four years, but whose 2020 edition has been postponed to next year.

Still, those who closely follow the world’s most popular sport can still sate their Euro thirst through the UEFA Euro 2020 DLC rolling out around a couple of weeks from now. 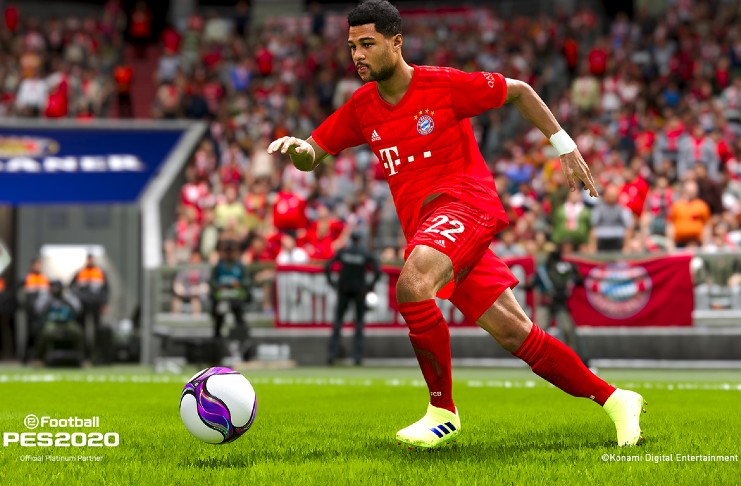 What to expect from the DLC

The UEFA Euro 2020 DLC was intended to be released last April 30. But with the decision to postpone the real-life Euro 2020 tournament to 2021, adjustments had to be incorporated in the DLC.

So what can soccer fans expect from the free update? First of all, each of the 55 national squads who were meant to participate in the competition will be made available, including the full player lineups and the corresponding kits.

According to the press release, the official UEFA Euro 2020 tournament mode will also be accessible, just as originally intended.

Popular soccer venues such as the Wembley Stadium and the Saint Petersburg Stadium will be recreated digitally in painstaking photo-realistic detail, also as initially planned.

We are delighted to announce that the postponed UEFA EURO 2020 content is coming to #eFootballPES2020 on Thursday 4th June featuring all 55 participating UEFA National teams, 2 brand new Stadiums and more! ???????? #PlayingIsBelieving pic.twitter.com/7Th57QGrKA

For those who want to keep souvenirs, they should know that at launch, the official UEFA Euro 2020 Group Stage match ball will be made available.

Per Konami, there are plans to include UEFA Euro 2020 Featured Players, themed match days and other in-game features, but these may be subject to change.

It should be noted though that the official UEFA Euro 2020 Team of the Tournament will no longer be launched.

Lastly, as of this writing, there is no confirmed file size yet for Data Pack 7.0 that contains the free update, so gamers will have to watch out for further news regarding that one.

Image 1 and Image 2 courtesy of PlayStation