UK police sold $369,000 worth of Bitcoin and other cryptocurrencies that were previously seized from illegal activity in its first crypto auction.

The cryptocurrency was seized from a criminal who made their fortune from illegally selling personal data and hacking services and is being auctioned off on behalf of the Eastern Region Special Operations Unit (ERSOU).

Bitcoin auctioned off at above-market rates

The sales took place across two unreserved auctions that were finalized on September 26 via Irish firm Wilsons Auctions.

While this is the first auction sale of this kind for the UK police, it managed to turn a tidy profit, selling the cryptocurrencies at above the market rates.

The cryptocurrencies were split up into 62 separate lots, which included Bitcoin (BTC), Ethereum (ETH), XRP, and Bitcoin Satoshi Vision (BSV).

Bitcoin isn’t entirely fungible, meaning that every coin is not like the others. While pseudonymous, Bitcoin amounts can still be traced and flagged if e.g. the coins were involved in criminal activity.

Generally, coins that have been tainted by illegal activities would sell for prices lower than the market.

Wilsons Auctions’ asset recovery director, Aidan Larkin, noted that “[despite] one of the most significant market dips in recent months during the auctions, the results from these auctions indicate that we are exceeding market value by breaking the cryptocurrency down to smaller Lots […].”

Wilsons Auctions reports that 7,500 bids came from across the world, including Brazil, Australia, Dubai, Canada, Singapore, and the USA.

The cryptocurrency assets that were put up for sale by the UK police were reportedly seized from 20-year-old Norwich man Elliot Gunton who was found guilty of supplying stolen personal data and hacking services in exchange for cryptocurrency.

“Gunton was exploiting the personal data of innocent businesses and people in order to make a considerable profit but he did not succeed in hiding all of his ill-gotten gains which enabled us to seize hundreds of thousands of pounds worth of Bitcoin,” said detective sergeant Mark Stratford.

He has been sentenced to 20 months in prison and is not allowed to “[m]ake use of any type of cryptocurrency storage address, software wallet, hardware wallet or exchange address without first informing a police officer […] of said use, and the details of the address.”

The hacker redirected users to a clone website, which was used to steal login credentials and ultimately, user funds. 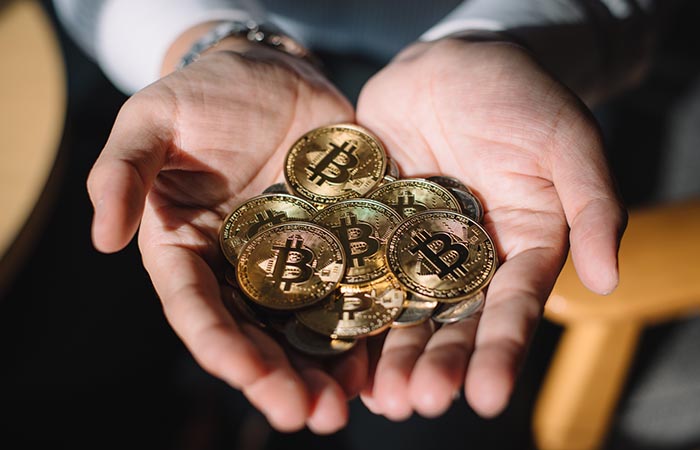 Cashing in on criminals’ crypto

Although this Bitcoin sale is a first in the UK, other authorities around the world have held similar auctions previously.

One of the most high profile auctions was that involving the Bitcoin seized after the dark web marketplace, Silk Road, was shut down in 2014.

Since then, there have been numerous other examples of such auctions taking place in both the US and overseas.

With previous experience in organizing auctions for cryptocurrencies, the Wilsons Auctions aims to become an established name for assisting law enforcement in liquidating seized cryptocurrencies.

“Being able to offer this secure solution to clients and remove the risks that can be associated with trading with unregulated virtual currency exchanges has been a welcome addition to our award-winning auction service as well as giving new and experienced investors the opportunity to buy cryptocurrencies from an established auction house.”