After misleading news reports about the U.S.-China trade deal, the Dow futures sharply fell then went as high as 200 points.

While the banking sector is having a possible deposit bubble, it looks like the Dow Jones will have another baffling rally for this week.

In a Fox News interview, White House trade advisor Peter Navarro said that Former National Security Adviser John Bolton claimed that President Trump delayed sanctions on China for the mass detention of Uighur Muslims out of fear it would endanger a trade deal with Beijing.

Earlier this year, the U.S. has also banned a lot of Chinese firms that focus on AI and cybersecurity due to the risk of national security.

In addition, Navarro explained how the coronavirus affected the U.S. and China relationship. After Fox’s Martha MacCallum asked if President Donald Trump wanted to cut-off the trade deal because of the recent events—Navarro responded with “it’s over.”

Minutes after the Fox News interview, the Dow Jones futures reacted violently by dropping over 300 points during market off-hours.

However, after the interview, President Donald Trump somewhat calmed the markets down as he reiterated that the trade deal was “fully intact” moments later.

The China Trade Deal is fully intact. Hopefully they will continue to live up to the terms of the Agreement!

As of this writing, the Dow Jones futures are still in positive territory with an updated statement from Peter Navarro clarifying that the trade deal is not over, per CNBC:

“My comments have been taken wildly out of context […] They had nothing at all to do with the Phase I trade deal, which continues in place.”

The S&P 500 has managed to close slightly higher yesterday in an effort to sustain this rally amid the coronavirus pandemic. 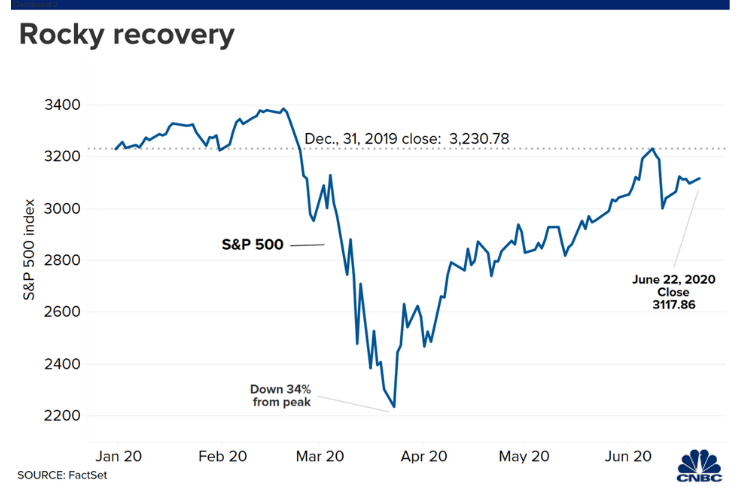 After the confusion, another CNBC report said that the trade deal between Washington and Beijing is likely to hold for now according to former top White House trade negotiator Clete Willems.

It looks like the U.S. is going to add more confusion as there have been more reports about expectations of a coronavirus second wave.

On June 21, CNN reported that Peter Navarro said that the Trump administration is preparing for the second wave possibility that could hit the U.S. in autumn as he told reporters:

“We are filling the stockpile in anticipation of a possible problem in the fall. We are doing everything we can beneath the surface, working as hard as we possibly can.”

Despite the alarming rise in COVID-19 cases, it looks like America is still taking this lightly. As per data from Johns Hopkins University, the number of U.S. cases has reached to almost 2.4 million.