Cryptocurrency is beginning to penetrate various channels of mainstream society, and politics is no exception. Congressional hopeful Agatha Bacelar is looking to promote her campaign with a particular emphasis on crypto.

Bacelar’s campaign positions her as a “Stanford-educated STEM candidate” with a strong emphasis on a forward-thinking legislative approach to technology.

Bacelar is running as a Democratic candidate for Congress in the San Francisco CA-12 district, historically dominated by incumbent Democrat and House Speaker Nancy Pelosi.

The congressional hopeful is looking for major funding from cryptocurrency proponents with an ambitious goal to raise US$1 million in crypto.

Supporters can pledge donations in the form of Bitcoin, Litecoin, Ethereum, Bitcoin Cash, and USDC through Coinbase.

A proponent of emerging technologies – including cryptocurrency – Bacelar has “worked at the convergence of governance, blockchain, and systems change” through her work with Democracy Earth, a nonprofit online voting platform.

“When only 3% of Representatives in the House have a STEM background, we all suffer from its stunning lack of comprehension of crypto and its global relevance,” her campaign website states.

Nancy Pelosi is a career politician with ample resources and a network of connections protecting her incumbency as a member of congress.

By comparison, with a limited following and equally limited resources (at time of writing, only $5,000 of the $1,000,000 goal has been achieved), it’s easy to write Bacelar off as non-competitor.

However, supporters point to another candidate that was written off for similar obscurity in the formative stages of their campaign.

In February of 2019, the New York Times wrote off the campaign of presidential hopeful Andrew Yang as “longer-than-long-shot”.

At the time, Yang was polling at-or-below one percent, with over a dozen Democratic candidates well ahead of him.

Now, just seven months later, Yang is among the top six contenders and his numbers continue to rise.

He polled higher than California state prosecutor Kamala Harris in her home state and also polled at 54% versus Trump.

Like Bacelar, Yang has also heavily embraced cryptocurrency in his campaign. You can donate to Yang in Bitcoin, Ethereum, and ERC-20 tokens, and his policies include legislation that would enable major incorporation of blockchain technology at the federal level. 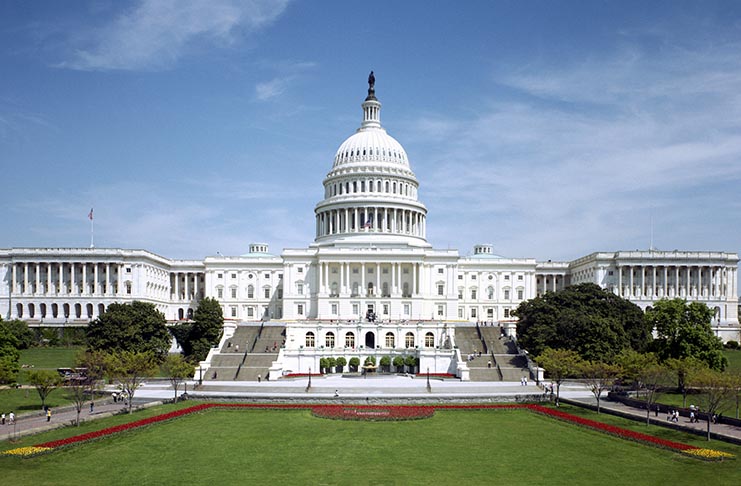 Bitcoin in US politics

While Yang and Bacelar are some of the most progressive US politicians with regard to cryptocurrency, neither qualifies as the first.

Paul is the son of former Congressman Ron Paul. Like his son, Ron Paul has been consistently supportive of Bitcoin in appearances and publications.

Ron Paul ran for President in 2012 but did not accept crypto donations.

Unfortunately for US players in the cryptocurrency space, the United States government is notorious for their archaic and suppressive stance on Bitcoin and blockchain tech.

Yang, Bacelar, and others across the nation see the coming wave of digitalization and automation and are working to improve legislation so the country can aid crypto entrepreneurs and benefit directly from the tech.

Regardless of the outcome of each candidate’s campaign, more emphasis on cryptocurrency legislation from a greater number of voices is the constant pressure required for lawmakers to implement progressive changes in support of the nascent tech.