President Donald Trump’s ‘build the wall’ US government shutdown looks to have claimed another victim with the VanEck/SolidX Bitcoin exchange-traded fund (ETF) voluntarily withdrawn by its proponents.

US sharemarket operators, Cboe Global Markets pulled an application for a Bitcoin ETF earlier this week, on January 22.

In June Cboe had filed an application with the Securities and Exchange Commission to list an ETF run by investment firm VanEck and financial services provider SolidX.

But the SEC has since continually delayed its decision on the VanEck SolidX Bitcoin Trust due to concerns over investor protections and market manipulation.

The proposal had a statute-imposed deadline of February 27, but with the US Government temporarily closed for the past month while Democrats and Republicans bang heads over the proposed border wall, there have been no staffers available at the SEC to look into the application and make a decision one way or the other.

Technically that meant the ETF would automatically be approved in late February, but experts said there was almost no chance the SEC would simply let the Bitcoin ETF sail through to the keeper without an active decision.

That appears to be why Cboe took the decision to pull the application (technically an application for a rule change that would enable the ETF) so it could reapply at a later date. 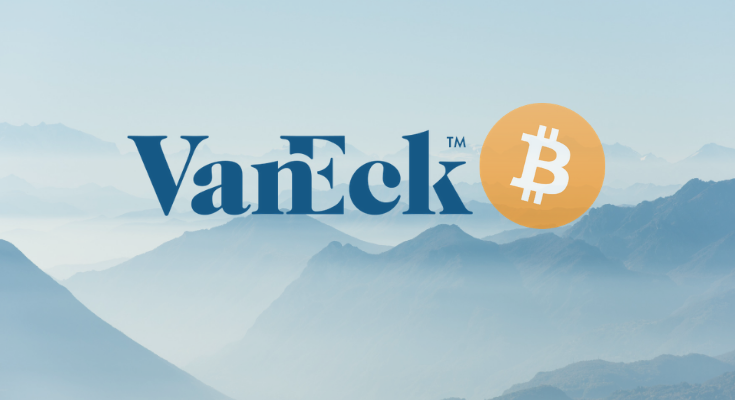 VanEck’s CEO Jan van Eck told CNBC the proposal would remain on ice until discussions could reopen with the SEC.

“We were engaged in discussions with the SEC about the Bitcoin-related issues, custody, market manipulation, prices, and that had to stop. And so, instead of trying to slip through or something, we just had the application pulled and we will re-file when the SEC gets going again,” van Eck said.

Not surprisingly he believes they have a good case, but can’t make it when the SEC is closed.

“We were trying to do that but we obviously can’t have meetings when they’re shut down,” vanEck said. “Instead of trying to slip through or something, we just had the application pulled.”

The SEC has said it retains some staff to deal with emergency situations involving market integrity and investor protection.

Bitcoin investors have been eagerly awaiting approval for a Bitcoin ETF, which many believe will herald the start of a new bull run by drawing in institutional investors. While nine other Bitcoin ETF applications were rejected last year by the SEC, the latest proposal was thought to have had the most solid chance yet with 1400 submissions in favour. With a minimum investment of $200,000 for a share, the VanEck/SolidX Bitcoin ETF proposal was clearly aimed at institutional rather than retail investors.

The SEC has also rejected two attempts by the Winklevoss twins, founders of Gemini, to list shares in a Bitcoin ETF, citing concerns over investor protection, fraud and manipulation of unregulated overseas crypto exchanges.

During a Reddit Ask Me Anything the twins said they remain committed to ‘making an ETF a reality’.

Perhaps due to the fact Bitcoin is already trading at a low prices and that investors haven’t been expecting an ETF approval, the news the application had been pulled had little effect on the BTC price.

Last week, crypto entrepreneur Brian Kelly expressed doubt a Bitcoin ETF would be approved at any time during 2019 as “there is too much that is unresolved.” According to the analyst, it will take more than a year to settle existing issues

SEC commissioner Hester Peirce — AKA “Crypto Mom” – said in December an ETF could be years away. “Definitely possible could be 20 years from now or it could be tomorrow. Don’t hold your breath. The SEC took a long time to [establish] Finhub. It might take even longer to approve an exchange traded product.”