U.S. Governors are calling for additional federal aid as several states struggle to mobilize social and healthcare services due to a lack of revenue brought by the coronavirus pandemic.

New Jersey Governor Phil Murphy, in his interview with Fox News last Sunday, May 3, reiterated how crucial federal aid is to temper budget woes in all 50 states that are affected by the pandemic.

White House adviser Larry Kudlow also announced that he is in discussions with the Congress concerning the possible additional aid, citing America’s economic state is still in “dire and contractionary phase.”

Murphy says bailout is not about “legacy stuff”

New Jersey had recorded its highest death toll in one day just recently. The continuous proliferation of coronavirus across the state, along with non-stop physical protest, has put Governor Murphy in a tough situation whether to reopen New Jersey fully or not. 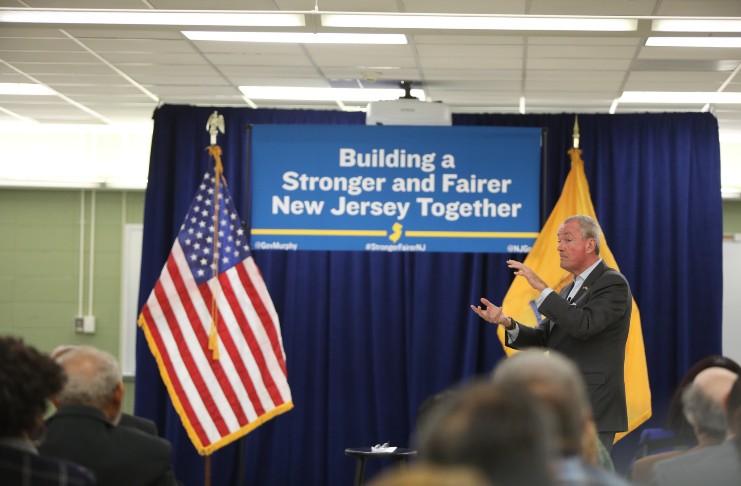 However, Republican leaders, including Senate Majority Leader Mitch McConnell, are against federal aid. Both claim that it would only provide them bailouts for poor governance even before the pandemic started.

He argued that it is not about the “old legacy stuff.” Rather it is about teachers, EMS, firefighters, and police officers who are at the point of attack.

“We’re already seeing some layoffs in New Jersey. We need a big slug of federal direct cash aid. And it is not only New Jersey, but it also is not just blue states, and it would make an enormous difference.”

Murphy also emphasized the importance of keeping his constituencies employed at a time the state needs them to keep working, citing that it is not only for New Jersey, but it would also be a “massive win for President Trump.”

Following the dispute between Democrats and Republicans about the prospect for an additional relief bill, Larry Kudlow announced on Sunday that he would not exclude the possibility of bailing out states and local governments.

According to Reuters, Kudlow is in talks with leading members of the Congress regarding the matter. He said he knows all states are in dire need of help, but authorities must see and study first the results of the previous bailouts before they could come to a conclusion.

“We know that the economy is still in a terrible, contractionary phase, tremendous hardships, everywhere,” the White House economic adviser said on CNN’s “State of the Union.”

As to whether small businesses will receive extra cash assistance or not, Kudlow remained vague and said that they had not resolved it yet.

Republicans to push lawsuit immunity for business despite Democrats’ decision

Top U.S Republicans McCarthy and McConnell on Friday, May 1, have aired their support for businesses demanding a “lawsuit immunity bill.”

We need to provide protection – litigation protection – for those who have been on the front lines. And we have to help businesses and employees go back to work without fear of trial lawyers sharpening their pencils. pic.twitter.com/CjbrD6dP9o

They also issued a joint statement concerning the legislation of said bill, which will provide businesses protection from coronavirus-related cases.

However, the left dismissed the calls to avoid possible “jeopardization of workers and patients suffering from coronavirus.”

Democrats have been planning to propose additional aid for cities and states whose revenue took a swift downturn due to the health crisis. House Speaker Nancy Pelosi also emphasized that “funds for states and cities” will be the core of the party’s next legislative package.