Home Finance US to enter ‘deepest recession on record’, GDP continues to slide

The U.S. gross domestic product (GDP) is projected to fall by 10.4% with an estimated 20 million jobs lost as the coronavirus pandemic continues to wreak havoc to the country’s economy.

On Thursday, Bank of America’s economists revealed the grim forecasts in GDP and high unemployment for straight three quarters. They also said the U.S. economy is likely to shrink as the coronavirus pandemic continues to halt the entire country’s movement.

Michelle Meyer, Bank of America’s lead economist, said the U.S. economy is about to enter the “deepest recession on record,” following the paralyzing fear instilled by COVID-19. 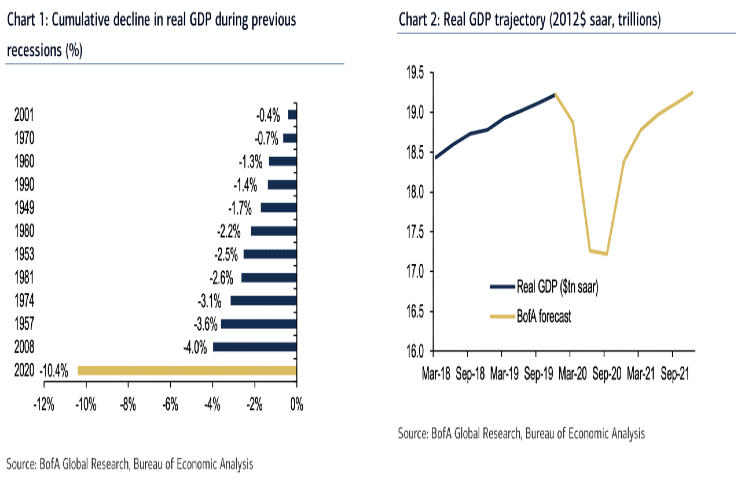 According to the report conducted by Meyer and her team, America’s gross domestic product is projected to collapse with a cumulative drop of 10.4%. “The recession appears to be deeper and more prolonged than we are led to believe 14 days ago, not just in the U.S. but globally as well,” Meyer said.

The deflation is reportedly going to last for about three months. Based on their analysis, the U.S. GDP will contract by 7% in the first quarter, 30% in the second quarter, and will slightly rebound in the third quarter but is still at a negative one percent.

The economist also emphasized that the fall could mean trouble for most Americans. Stating that “this will be the deepest recession on record, and nearly five times more severe than the post-war average.”

The Bank of America is also expecting millions of losses in the job market, citing that the estimated number of jobs lost could go about 16 to 20 million, which sends the unemployment percentage to 15.6%. 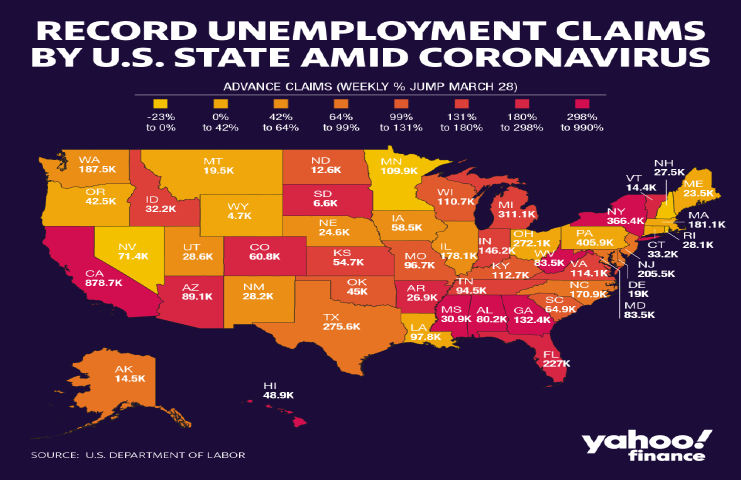 A total of 3.3 million Americans reportedly filed for unemployment for the last two weeks, with an additional 6.6 million last week.

However, Bank of America economists said that while there are numerous initiatives to help loosen up the contraction, they still anticipate “further contraction in business and residential movement.”

The third quarter’s slow rebound will likely show a positive sign of recovery. However, consumer spending is still vulnerable at that time as many Americans face “job cuts and negative wealth shock.”

“We think there is more to come,” Meyer said and added, “We think more fiscal stimulus will be needed.”

Further actions like tax rebates, more funds for small businesses, and unemployment benefits, will be taken as well if the economy’s state continues to decline according to the report.