Victoria Beckham and David Beckham are still very much in love with each other.

But according to Heat UK, Victoria Beckham has a bit of a jealous streak.

As such, Victoria tends to share cheeky photos of her husband on Instagram to mark her territory. And this is also her way of telling the whole world that David is her.

“Vic has decided that if you can’t beat them, you might as well join them, so she posted that cheeky shot of him to mark her territory. She wants everyone to know she and David still very much fancy each other and are very satisfied in that department, thank you very much! Being married to someone like David obviously has its benefits, but it can be tough at times, especially because he only seems to get better with age and is looking fantastic at the moment. Every woman seems to fancy him!” the source said.

The Spice Girls’ member’s post racked up over 1 million likes on Instagram. And she and her husband, allegedly, realized that this is another great way to publicize themselves.

A lot of their friends from the industry also commented on David’s cheeky photo proving that it was a huge hit. 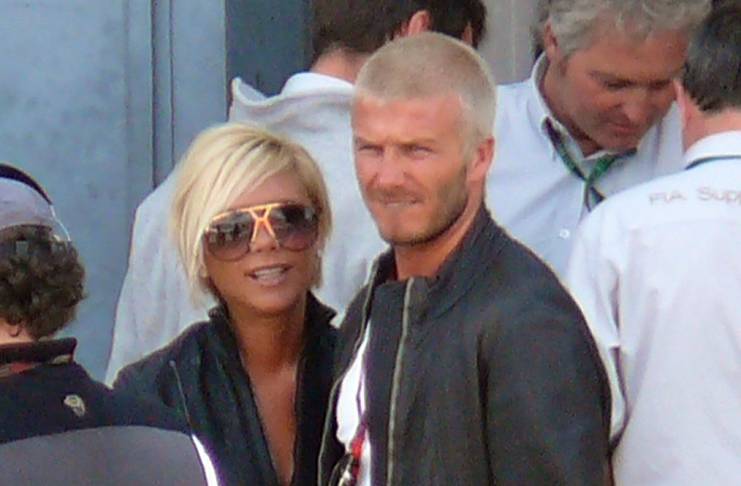 Meanwhile, there has been a slew of rumors surrounding Victoria Beckham and her husband over the years.

In April, New Idea claimed that the fashion designer is furious at Kim Kardashian for sharing a kiss with David.

“That kiss Kim planted on him definitely lingered. A few people commented on how flirty it seemed. She never wanted Kim there, to begin with, but David is pitching a bunch of ideas to get her on board with his Miami [soccer] league. You could tell Posh was unimpressed about the whole ordeal,” the source said.

But upon closer inspection, the photo of Kardashian and David that circulated online was nothing but not casual. The A-listers also shared a kiss on the cheek.

This proves that the tabloid’s claims about Victoria Beckham being jealous of the reality TV star aren’t true.