Following Richard Branson’s goal to augment its commercial human spaceflight business, Virgin Galactic has revealed its plans to team up with the National Aeronautics and Space Administration (NASA).

On Monday, June 22, Virgin Galactic Holdings Inc. has signed a deal with NASA’s Johnson Space Center, which aims to provide training for astronauts taking part in flights to the International Space Station.

Investors took the deal on a good note and pushed the company’s shares to climb as much as 15.9% after the announcement. It closed at US$17.39[AU$25.36] a share on Monday, per CNBC.

The deal, which was called the “Space Agreement Act,” is an initiative that will enable Virgin Galactic to develop a “private orbital readiness program.”

As per the program, the deal includes acquiring flights to the space station, finding interested individuals who want to buy private trips to the ISS, and building an astronaut training program for private space travelers.

Space missions, according to the private space exploration company, may stretch from government-sponsored to private expeditions as well.

In his interview with CNBC, Virgin Galactic CEO George Whitesides commended the “unsurpassed levels of spaceflights customer commitments” that the company has secured. For that reason, the space tourism venture wants to bring the “planetary perspective to thousands of people.” 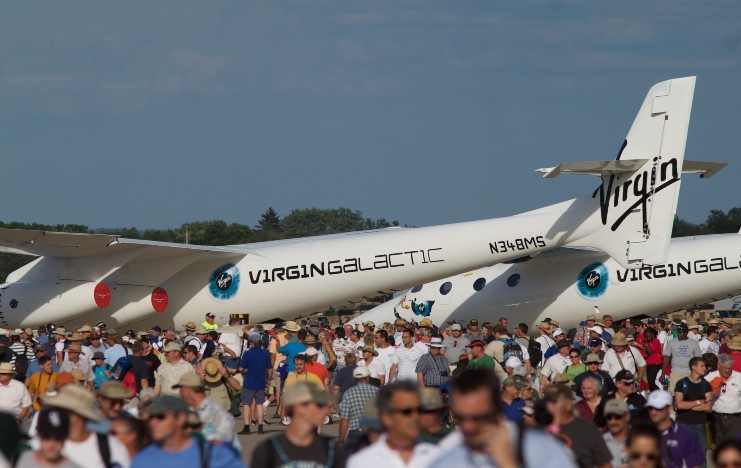 “We are excited to partner with NASA on this private orbital spaceflight program, which will not only allow us to use our spaceflight platform, but also offer our space training infrastructure to NASA and other agencies,” Whitesides added.

Virgin Galactic is known for its suborbital tourism, which is also its primary business. Aside from its latest agreement with NASA, the private space exploration firm has been planning to launch commercial spaceflights for individuals who want to take space short space trips.

In fact, the company has secured a total of 603 reservations of private spaceflights to date. The majority of the tickets were also sold between $200,000 to 250,000. However, Virgin Galactic has not begun its commercial spaceflights yet.

On the one hand, Jim Bridenstine, NASA Administrator, tweeted on Friday that the organization has been developing a plan on how to fly people for private space trips. He said NASA would request more details concerning on how the agency can utilize suborbital flights this week.