Investors and traders observed that the S&P 500 was trying to break the 3,000 point level. However, a slew of news has shaken Wall Street from proceeding to new highs.

As per CNBC and other news sources, the bear market was first felt proceeding March, when the S&P 500 broke its 200-day average support level dropping over 30%.

Ned Davis Research created its own signals to distinguish a bear market, with checking a 30% drop in the Dow Jones Industrials in less than two months or at least a 13% slump that lasts over four months. The latter explanation marks the 2015-early 2016 downturn as a bear market. In the eyes of investors, they viewed it as a steep correction that stimulated the bull market. 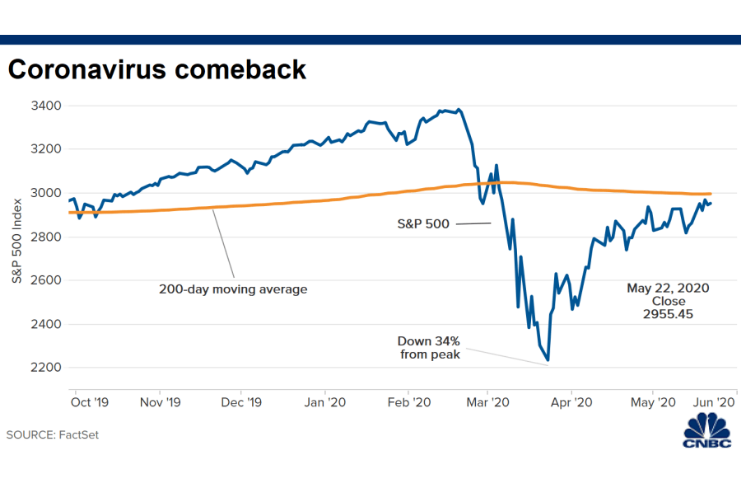 The market volatility was a perfectly orchestrated chaos

Last week, investors could observe that the first few days began with a bang with Moderna showboating its vaccine trial results showing “promising data.” Later on, it was invalidated by a couple of medical experts.

Also, take note that the endless bickering of President Donald Trump towards China for blaming them for the coronavirus outbreak may have helped add volatility to the Wall Street markets.

Not only that but he’s also been very vocal on Twitter trying to destroy the other presidential candidates’ reputation before the elections.

Let us also not forget the Hong Kong fiasco that happened last Friday with the Hang Seng Index shedding over five percent ending the trading week.

Not your typical bear market as technology sector outperform

Last week was supposed to be a make or break week for Wall Street.

But despite the chaos that’s been happening around the world, investors are observing growth in the technology sector—particularly in big names such as Facebook, Amazon, and Google steering its course to new highs. 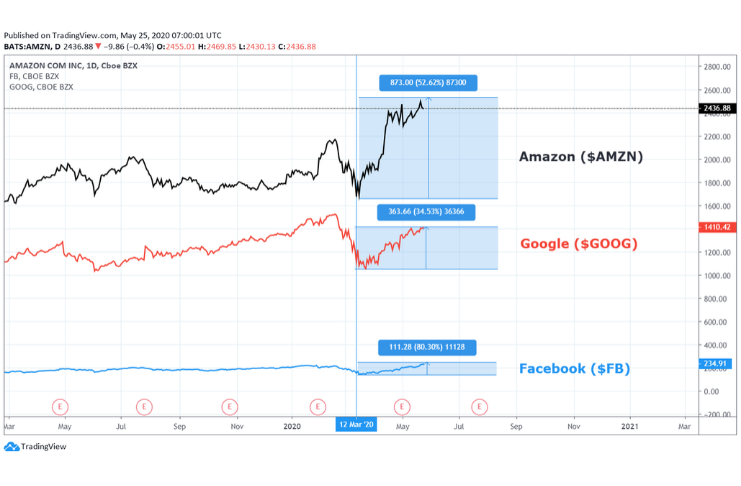 We observe in the chart above that these big tech companies were able to recover from their drops in the middle of March of this year.

However, a lot of banning took place last week as the U.S. was blacklisting more than a dozen Chinese companies for illegal activities linked to military and espionage. The irony here is that some American companies are actually helping these Chinese firms as well.

Judging from the Dow Jones underwhelming close last Friday, being closely supported by tech heavyweights, as well as Hong Kong’s alarming drop in their stock market, it looks like investors are bracing for the worst things to come.

Wall Street may be watching with what’s happening to Hong Kong as we speak and it may be a factor on how it will proceed moving forward.