It has been confirmed—the Warden from the action video game For Honor will be the latest and final DLC character to feature in Samurai Shodown.

Ubisoft made the announcement through its official For Honor web page, with the game’s Twitter account also sharing the news.

We are excited to announce the WARDEN will be available in SAMURAI SHODOWN as the final Season 2 DLC character!

Join the bushido battlefield as you fight for honor on June 24th (PDT)!: https://t.co/6XZFPezj1j pic.twitter.com/lDrxqb1rEv

The revelation of the Warden as a DLC character was also made through this week’s New Game+ Expo live stream, with the event’s official Twitter page also noting that the character will be rolling out by June 24.

WARDEN, from the hit videogame For Honor, bashes, slashes, and charges into SAMURAI SHODOWN as a new DLC character on June 24th! #SNK #SAMURAISHODOWN #ForHonor (via SNK Global @SNKPofficial) pic.twitter.com/1GutAoaKhr

Officially speaking, the Warden will be the final DLC character to be included in Samurai Shodown’s Season Pass 2.

As noted by Ubisoft’s announcement, the Warden DLC character will be made available for Sony’s PlayStation 4, Microsoft’s Xbox One, Nintendo’s Switch, Google’s Stadia, and the Epic Games Store.

It is interesting to note that the For Honor game actually has samurai characters in it, such as Kensei and Orochi.

But Ubisoft and SNK, the gaming company behind Samurai Shodown, still decided to go with the Warden, a knight in heavy armor who brandishes a giant sword.

Still, as surprising as it may seem, the character should be a welcome delight for open-minded fans who are okay with the idea of Samurai Shodown exploring other non-samurai, but still bad-ass, characters.

What to expect from the Warden

The Warden should prove to be a worthy addition to Samurai Shodown’s already formidable lineup of fighters.

His playing style is characterized by broad and heavy swings of his massive two-handed weapon, which should cause some significant damage if it hits. 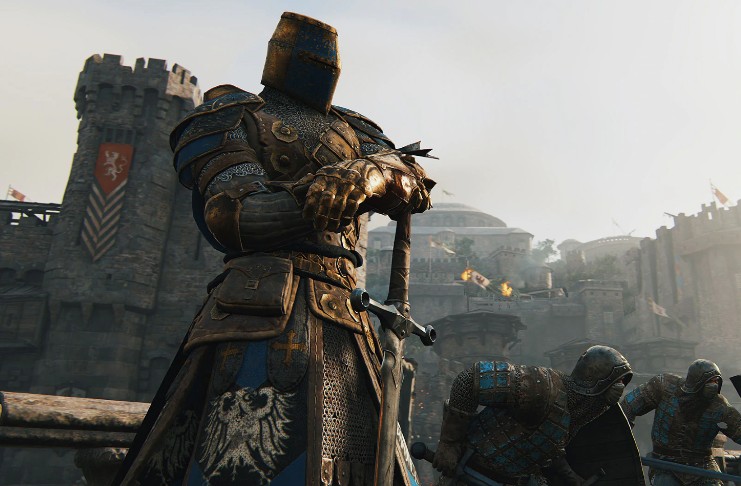 Apart from his main sword, gamers who play the Warden character can also take full advantage of his fiery catapult super-strike.

Then there’s the shoulder bash from For Honor, which could come in handy when closing the gap between the Warden and his opponent to deliver the killing blow.

Combine all of that with some sword combos and charge attacks, and it would be easy to see why the character should fit right in the Samurai Shodown universe, given his jack-of-all-trades nature and all-around versatility.

While it’s true that the Warden’s inclusion may be a bit unexpected, those who are familiar with Samurai Shodown may already know that the game is actually no stranger to featuring Western characters. There’s American-born Galford, and of course, French lady warrior Charlotte.

Next ‘Remedy Connected Universe’ title on its way