Warframe turned seven years old last month, and the game is still thriving thanks to its dedicated Tenno community. But similar to most free-to-play online games, the developers need to come up with new ways to attract more people.

And it seems the developers are trying to tap the lucrative mobile market. Leyou Technologies Holdings Limited – the parent company of Warframe developer Digital Extremes – released its 2019 report and mentioned this plan.

The document cited the success of Call of Duty Mobile and how that triumph can be replicated by the looter-shooter. And while the team is still focused on increasing the game’s quality on PC and consoles, they’re also looking at the future.

“Although we are not a mobile game developer and our strengths lay on PC and console properties, we embrace mobile games. The portability of mobile devices attracted an immense number of players, turning it into the biggest gaming platform in terms of both the number of users and revenue. Our strategy is to integrate the proven successful products on PC and consoles to mobile devices to provide a cross-platform gaming experience for our users, in order to leverage our own strengths while maximizing the success rate of new products at the same time,” the report read.

The question now becomes: what sort of mobile games are they’re going to make? That’s still anyone’s guess at the moment. 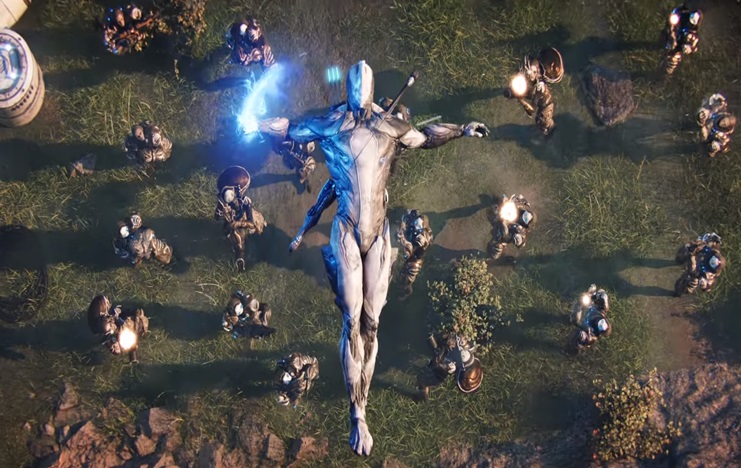 Waframe is a game with complex controls, and playing it console is difficult enough as it is. Porting the looter-shooter on mobile would be a nightmare, although the option of plugging a controller in is still an option.

Of course, you’d be better off playing the game on the Switch if people are willing to go down that route. This leads to the assumption of a spin-off game instead.

A Warframe RTS or shooting game where players strap in unique frames to battle the Grineer or Corpus is plausible enough. If Digital Games can pull this off, it will expose the title to an untapped market that could result in attracting more players.

But that’s a pretty big if, especially since the Warframe community isn’t exactly sold on the idea. We’ve already seen the firestorm created by Blizzard when it announced that it’s going to create a Diablo mobile game.

Hopefully, the creatives at Digital Extremes can come up with a unique game that would entice the mobile market. Otherwise, this could be another “do you guys not have phones” meme waiting to happen.