InXile Entertainment’s Wasteland 3 will hit store shelves in August instead of the original May 19 release due to the ongoing coronavirus pandemic.

InXile Entertainment has announced that Wasteland 3 will be delayed, and despite working remotely, the team is facing logistical challenges that ultimately caused the delay.

The announcement on the new release date was posted on Wasteland’s Fig page. 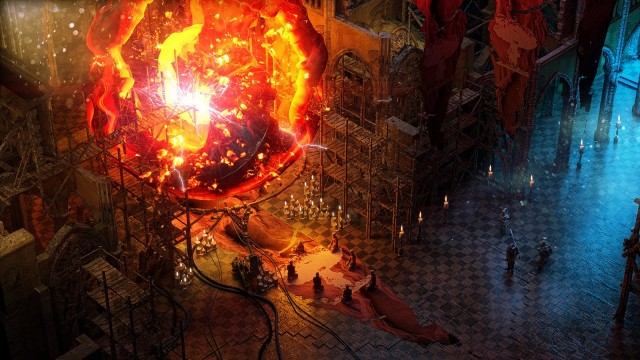 Brian Fargo, inXile’s studio head, said the delay will allow its team to focus more on game optimization and refinements. The beta feedback and suggestions will also be addressed.

“(This) time we’re putting into acting on beta feedback and suggestions, optimization, polishing and refinements, and making sure we have an awesome co-op experience. We’re pouring our hearts into this game, and the last thing we want is to have anything but an amazing launch for a product we truly believe in,” Fargo said on its press release.

We have an important update on Wasteland 3’s release date. pic.twitter.com/hiX1CygcUk

The very first Wasteland game came out back in 1988 and was widely considered as the pioneer for role-playing-games. It also served as the inspiration for the Fallout game series.

Wasteland 2 came out in 2014. The sequel is well-received with a score of 87 on Metacritic. The game amassed a whopping $1.5 million in just the first four days of release. In 2015, Wasteland 2 sold around 350,000 copies worldwide.

Wasteland 3 Beta came out last March 17 for Fig backers. The game contained the first three hours of gameplay. This includes character creation and a lot of areas to explore.

InXile, however, reminded beta testers that the game is set to change depending on the feedback of its user base. The game is not optimized yet and bugs are expected to appear any time while in the game.

Though this kind of problem exists for any beta release, Fargo stated that the team will make sure that the game will take note of the bugs and will release a polished game later this year.

Wasteland 3 is not the first game to be pushed back due to the pandemic. Cyberpunk 2077, Resident Evil, and The Outer Worlds Nintendo Switch port were all delayed due to the rising number of COVID-19 victims as well as the suggested self-quarantine protocol.

On the other hand, Sony has announced the PlayStation 5 launch is still on track. The company confirmed that the pandemic has no impact on the game’s on-going development yet.