Cryptocurrency trading is now legal in India after a recent Supreme Court ruling, but a proposed bill could end the practice completely.

After the Supreme Court of India ruled against the Reserve Bank of India’s policy of banning banks from having a relationship with cryptocurrency companies last week, it appeared that cryptocurrency trading was finally back and on solid legal ground within the country. However, such may not be the case.

A new bill called the Banning of Cryptocurrency and Regulation of Official Digital Currency Bill, 2019 is under consideration, and it poses a major threat to Indians seeking to indulge in crypto trading. 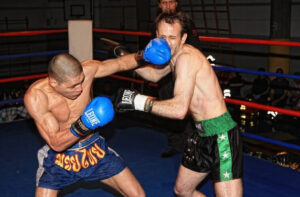 The bill is extremely harsh, and some of the notable features of it include:

There are two silver linings (which is small consolation to cryptocurrency holders) to the Banning of Cryptocurrency and Regulation of Official Digital Currency Bill, 2019 proposed bill.

The first is that the underlying technology (blockchain) and processes of crypto can be used for research, teaching, and experimentation. The second silver lining is that the central government can issue a digital rupee as legal tender.

All is not lost

It is important to remember that the bill is just proposed, not passed, at the present time.

Siddharth Mahajan, a partner at law firm Athena Legal, said that it is possible that the government could rethink the proposed bill in light of the recent Supreme Court verdict.

He added that cryptocurrency is still a long way from replacing fiat within India. Siddharth Mahajan says, “It remains to be seen if the cryptocurrency business in India is positioned as a financial instrument or commodity with underlying value. The biggest fear of the RBI [Reserve Bank of India] is the proliferation of unregulated financial instruments which are not backed by the state.”

Srinivas Katta, a partner at Induslaw, says the Indian government should hold back and let cryptocurrency run for a bit before passing any legislation that regulates the industry. He notes that cryptocurrencies and tokens can “promote new industries and bring in a lot of investment.”

It appears that the roller coaster ride of the legal status of Bitcoin and other virtual currencies within India is not over yet.

NFTs to be center of attraction at 2021 Art Basel Miami

GDP is like a heart rate monitor: it tells us about...

No, we shouldn’t worry too much about getting COVID from young...

Omg, Omicron! Why it’s too soon to panic about COVID vaccines...

Mathematical discoveries take intuition and creativity – and now a little...