Apex Legends is still shockingly unavailable for crossplay, but the feature could soon arrive as developers remark on its importance.

Cross-play has become an immensely popular feature in battle royal and tactical shooting games. Fortnite had been the one to start this trend and recently released games like Call of Duty: Warzone had also benefited from the popularity of this trend. Sadly, Apex Legends is yet to make use of such a feature.

Cross-play or “cross-platform” is basically a feature that allows players of different platforms to play with or against each other. It is a popular feature for multiplayer games like Warzone.

The feature itself presents many benefits. For players, crossplay can improve overall gameplay experience and shorten the length of time it takes to match players with others by increasing the overall player base.

More importantly, it allows friends of different platforms to enjoy a match together.

When will Apex Legends adapt the crossplay feature?

It’s been over a year since Apex Legends was released. But the game still hasn’t adapted the feature. Last year, the game’s developers had already expressed a desire to integrate the feature into Apex. However, with how small their teams were at the time, doing so would be an incredible task for them to achieve.

The developers previously told GameInformer how important the crossplay feature would be for a game like Apex.

“I think on crossplay we see it’s something that is kind of expected in the industry, and is important to a game like ours,” Respawn tells GameInformer in an interview “(We) are obviously big fans of playing our game — at work and in our free time — and we go home on a Friday or weekend and want to play with each other and we’re on different systems.” 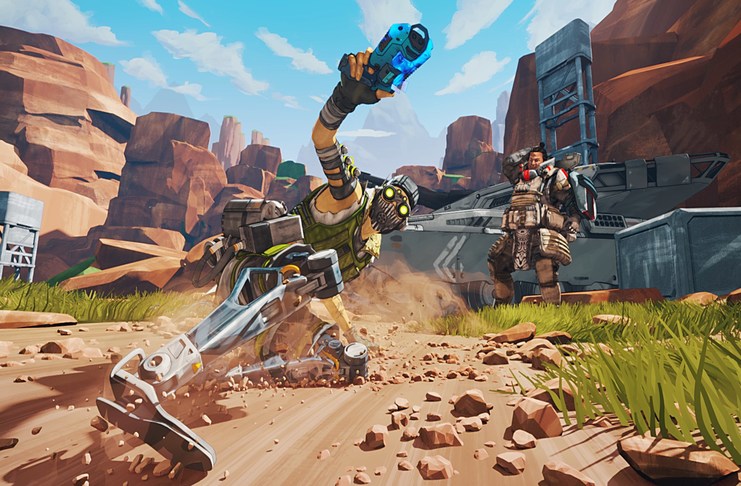 In April, Respawn Entertainment revealed that they had finally added a new studio in Vancouver. This studio will exclusively work on Apex Legends. Since one of the primary obstacles for adapting a crossplay feature was manpower and resource, it looks like the developers had moved past that.

According to Dexerto, a data-mining session by ThatMiningGuy1 discovered files in the game’s code relating to the crossplay feature. This implies that Respawn has been actually working on the feature. The data-miner revealed this information in a YouTube video, which has now been deleted after he deactivated his account.

Sadly, Respawn hasn’t given any information on when such a feature would exist on Apex Legends.

A crossplay feature is inevitable for the game. When it arrives, Respawn would likely make it available on every platform like the PS4, the Xbox One, and PC. But since Apex Legends was not designed with a crossplay feature in mind, it may take a while before the game could adopt such innovation.