WhatsApp is reportedly rolling out soon the new integration of the Messenger Rooms within the app.

Users will soon be able to do group calls up to 50 participants at a time. The Covid-19 pandemic has started a new tech war among video call applications. The clear winner so far is Zoom, but the video conferencing app cannot just sit comfortably on its success.

Several new apps are coming out and Zoom is being attacked from all fronts. Despite being an early leader in the race, other applications are going for areas where Zoom is lacking.

Some of these include the time limit, ‘zoombombing’, and data privacy issues. Zoom is about to face another tough competition in the Messenger Rooms integration within WhatsApp,

WhatsApp is about beef up

WhatsApp released the latest update on the app’s native video call feature two weeks ago. Users may now start video calls for up to eight participants from the original four participants.

According to a WhatsApp specialist, the world number one messaging app will soon be integrating its sister company’s Messenger Rooms. The new video calling app will be embedded within the WhatsApp so that users across all platforms may be able to call each other seamlessly. 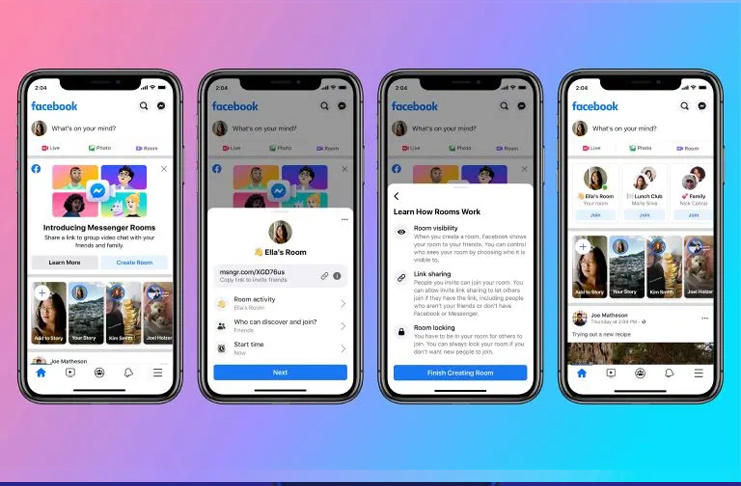 The integration will also be available for Instagram users. Messenger didn’t make the feature exclusive to Facebook-owned applications. Anyone that gets the link for a Messenger Room meeting will be able to join.

According to Facebook’s blog post, more than 700 million users worldwide are turning to the company’s two major platforms, Facebook and WhatsApp, to stay connected. As such, the company found the necessity to provide a better service for its users.

The Messenger Rooms are packed with new features not available to other apps. It will have several AR background settings that provide 360-degree views of a room. Not only that, but Messenger Rooms will also have several ambient lighting effects to enhance color and skin tones for users.

According to the same blogpost, Messenger Rooms do not listen or view any of the calls. Only the host can control who joins the call for a sense of privacy and security for the users.