Home Coronavirus WHO warned the world as early as January in response to U.S.

In a press conference by the World Health Organization (WHO), Director-General Tedros Adhanom Ghebreyesus regrets the decision of the U.S. to stop funding.

With the U.S. as the top contributor for the WHO, it looks like the relationship between the two parties has been in disarray.

Earlier this week, President Donald Trump accused the WHO of mishandling the COVID-19 situation.

The POTUS added that the WHO is “overly influenced by China” and allegedly “too trust of that country”, most especially during the early phase of the outbreak.

The president also said the health agency had delayed warning on the threat posed by the new coronavirus, which has now infected more than 2 million people.

In response to a question about the U.S. accusations, Dr. Mike Ryan, executive director of the WHO’s Health Emergencies Programme, said:

“In the first weeks of January, the WHO was very, very clear. We alerted the world on January the 5th […] Systems around the world, including the U.S., began to activate their incident management systems on January the 6th. And through the next number of weeks, we’ve produced multiple updates to countries, including briefing multiple governments, multiple scientists around the world, on the developing situation — and that is what it was, a developing situation.”

China delayed warning of the pandemic

It is no surprise that China may have deliberately delayed the information spread about the coronavirus. They even reprimanded one of their doctors, who was also released eventually.

Despite the WHO claiming that they did warn the public as early as January 5 about the coronavirus, Chinese President Xi Jinping informed the public late January 20, two weeks after the WHO warning.

Per The Associated Press, six days after top Chinese officials secretly figured out that China was possibly going to face a new coronavirus pandemic, the city Wuhan, the epicenter of the disease, hosted a mass banquet for thousands of people.

Reportedly, millions of people were traveling through the city for the Lunar New Year celebrations.

These six days were truly crucial. If only China warned the entire world beforehand, the number of cases could have cut two-thirds, according to a research paper.

Blame games continue as CDC joins in the mix

In an interview with CNN this month, U.S. Vice President Mike Pence threw a blame card on the Centers for Disease Control and Prevention (CDC) for the delayed assessment of the pandemic. 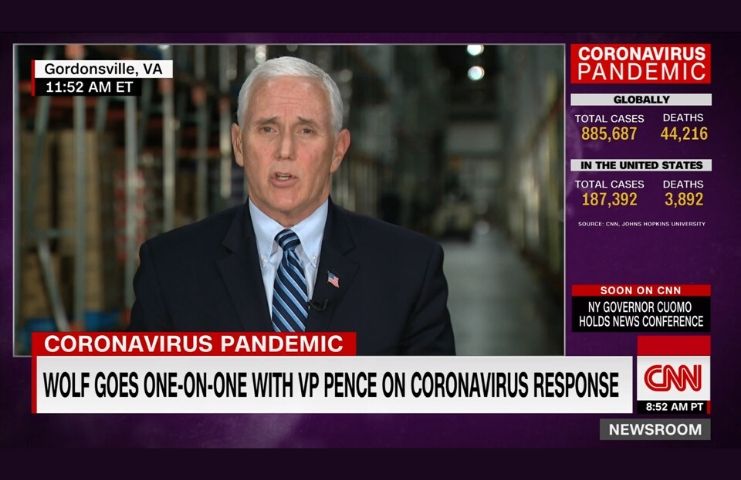 He goes on to say that in mid-January, the CDC was still assessing that the risk of the coronavirus to the American people was low.

In addition, he also pointed out the first case in China was around the 20th of January. Pence continued on as he expresses his disappointment over China’s delayed response:

“The reality is that China’s been more transparent with respect to the coronavirus than certainly they were for other infectious diseases over the last 15 years […] But what appears evident now is long before the world learned in December, China was dealing with this, maybe as much as a month earlier than that.”

However, a spokesperson for the White House coronavirus task force denied that the U.S Vice President attempted to shade the CDC’s response efforts.