Home Entertainment Why Kate Middleton, Prince William may not be allowed to divorce?

Queen Elizabeth may, reportedly, not allow Prince William and Kate Middleton to get a divorce.

While speaking with OK! Magazine, royal author Ingrid Seward said that the Queen must be grateful to Kate Middleton and Prince William for their strong marriage.

Earlier this year, the royal family faced two divorces following the announcements of the Earl and the Countess of Snowdown, as well as Peter Phillips and Autumn Kelly. As such, the Queen must think that divorces are too easy these days.

In the past, the Queen would advice royal couples to wait two years before they make a final decision about their marriage.

For instance, Her Majesty asked Prince Charles and Princess Diana not immediately to announce their separation. She also did the same thing with Prince Andrew and Sarah Ferguson.

According to Seward, the 94-year-old monarch felt sad following the two recent divorces in the royal family.

“She’s sad but she’s also quite pragmatic and she wouldn’t have survived this long if she wasn’t. Thankfully she has William and Kate. If she didn’t have them I think she might say to herself, ‘Goodness, after over 70 years on the throne, it’s come to nothing,’” she said. 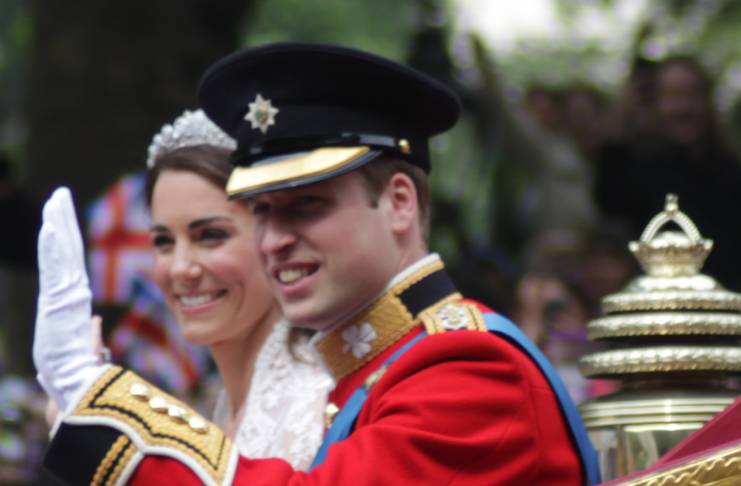 Last year, rumors swirled that Kate Middleton and Prince William are on the brink of a divorce. Multiple publications accused the Duke of Cambridge of cheating on his wife with Rose Hanbury.

At that time, royal fans also took part in a series of discussions on the online forum site Quora. Royal fan Daise Kendrick said that Prince William was divorcing Middleton after she turned out to be a “rotten minx.”

The royal fan accused Middleton of using Prince William as a sperm bank. She also said that after Prince Louis’ birth, the future queen moved out of their bedroom and into the spare room opposite her children.

“Of course, the impending divorce will mean that Kate will have to hand over all her gowns, dresses, and tiara’s, they do not belong to her but to the monarchy. She will, of course, be given some sort of financial settlement – word has it she will be writing a series of books which will help supplement her lifestyle,” she said.

However, the royal fan’s claims are incorrect. Kate Middleton never used Prince William as her sperm bank because their three children were made out of love. The royal couple isn’t also getting a divorce.