Home Gaming ‘World of Warcraft Shadowlands’ update: Here’s when the game will launch

Blizzard has been teasing World of Warcraft Shadowlands for a while now, and the expansion finally has a launch period.

The people at Blizzard had been working tirelessly on World of Warcraft Shadowlands for many months now.

The game is now in its 16th year. Regardless of age, however, World of Warcraft had always been particular about their game expansions. This could be the reason why Shadowlands will only be the eighth installment of the widely popular massively multiplayer.

The new expansion will pick up where Battle for Azeroth left off. Sylvanas Windrunner has finally left the Horde after killing Saurfang. Both the Alliance and the Horde had come into a new treaty, achieving what many would consider a fragile peace.

Unfortunately, not all is well as both factions struggle to pick up the broken pieces. The Night Elves led by Tyrande Whisperwind wants the Horde held liable for burning down Teldrassil and killing countless of their people.

The Horde, on the other hand, has decided that it no longer needs a “warchief” in a time of peace and thus would be ruled by a council instead.

But what truly sets Shadowlands up is Sylvanas Windrunner. The undead and former queen of the Forsaken has challenged and won against the Lich King in battle, shattering his helm and tearing down the Frozen Throne.

With this, she was able to destroy the veil that separates Azeroth and the Shadowlands, a realm of infinite possibilities for players to explore.

Nothing is stopping Blizzard from releasing World of Warcraft Shadowlands this year. Normally, World of Warcraft releases its expansions in August. But for Shadowlands, they will be breaking that tradition for a fourth-quarter launch. This would be around November and December.

This launch window will be the first time in six years that World of Warcraft will launch an expansion outside of August. The last expansion to do so was Warlords of Draenor back in 2014.

One reason for the delay in the launch would be the novel coronavirus pandemic. As lockdown measures are implemented by governments all over the world, Blizzard had no choice but to transition into a work-from-home setup.

This no doubt affected the development of the expansion. Nevertheless, Blizzard confirms that it will arrive this year. 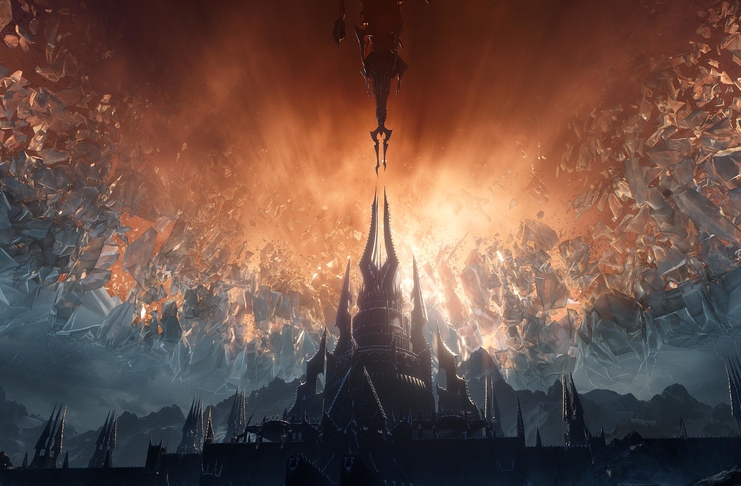 “Our teams have done a really good job in shifting,” Blizzard president J. Allen Breck says in a May 5 Q1 earnings call. “We were able to welcome players into the closed alpha last month. Thanks to the hard work of the team, Shadowlands is on track to launch in Q4 of this year.”

Currently, the game is still in its alpha testing phase, which only invited players can access. However, before World of Warcraft Shadowlands arrives later this year, it will become accessible to a wide number of players on its closed-beta phase.