The hit third-person shooter World War Z is gearing up for a Nintendo Switch release, along with a Game of the Year (GOTY) Edition for PC, Xbox One, and PlayStation 4.

The GOTY Edition—which is primed for a May 5 launch—is expected to bundle up the main game with all the Season Pass content, as well as an extra location which includes three brand new missions.

Developer Saber Interactive is working on bringing World War Z over to the Nintendo Switch, though a release date has yet to be set and it remains unclear whether or not the Switch version will receive the GOTY Edition content.

Players who purchase the GOTY Edition will receive the base game and all the current and planned content included in the game’s Season Pass.

The features of the GOTY Edition also include the following:

For players who have a penchant for in-game items, the GOTY Edition contains a healthy dose of cosmetics in the form of five weapon packs and two character packs.

To top it all off, fans will also be treated to new player versus environment missions, which will take place in Marseille, a grand French city featuring its own distinct storyline and characters.

Marseille has gone silent. Four determined survivors pick their way across the empty streets, knowing any noise – any mistake – will bring the swarm. Are they ready?

World War Z is a squad-based, third-person shooter that pits players against a seemingly endless horde of zombies. While it can be experienced solo, the game is at its best when played online with friends.

Upon its release in April 2019, World War Z was met with lukewarm reviews from critics, as they could not help but compare it to the critically acclaimed Left for Dead series.

The game received props for its overall narrative, gameplay mechanics, and solid character and level design, though it was critically panned for feeling too familiar and having limited content at launch. 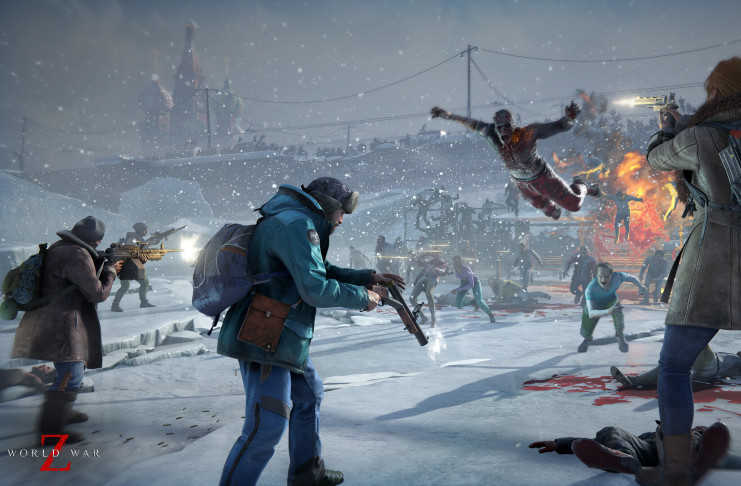 Despite the mediocre reception from critics, World War Z was a commercial success as the game sold one million copies a mere week after its launch date.

Within a month, those figures doubled with the game selling close to two million units, and at the end of last year, World War Z’s sales were well past the three million mark.