Quake-style FPS game Wrath: Aeon of Ruin pushes its release date back to 2021. The Quake-like game notes the delay is because the devs “want the game to be in a perfect state”.

Wrath: Aeon of Ruin launched on Early Access since Nov 2019 and kept updating since. The game planned for a summer 2020 release schedule, but pushed back for quality assurance.

Today, the game received its second content update that lists its Founders’ Edition package and more add-ons for players.

Aeon of Ruin is a love letter to Quake

Aeon of Ruin is one of the better emerging games these days that nod to the Golden Years of PC gaming. These years were between 1997 to early 2000s, where some of the best games came out.

During this time, games like Half-Life, Quake III, and Duke Nukem were riding high. Today, there’s an influx of nods to those years, including games like Serious Sam 4.

Aeon of Ruin is among those games, which is a love letter to the Quake franchise. The game feels good, fast, and easy to digest. It has the characteristic 00’s genre playstyle but with all the refinement of modern controls.

It’s hard to deny how enjoyable the game is. For starters, the title comes from 3D Realms, the acclaimed publisher behind Wolfenstein 3D, Duke Nukem, and Max Payne. The dev team, KillPixel, is being careful with the game, releasing only two levels so far.

With this level of pedigree, the game will be a solid pick. Even without the branding, the look and feel of Wrath are nostalgic for players who grew up with this style. 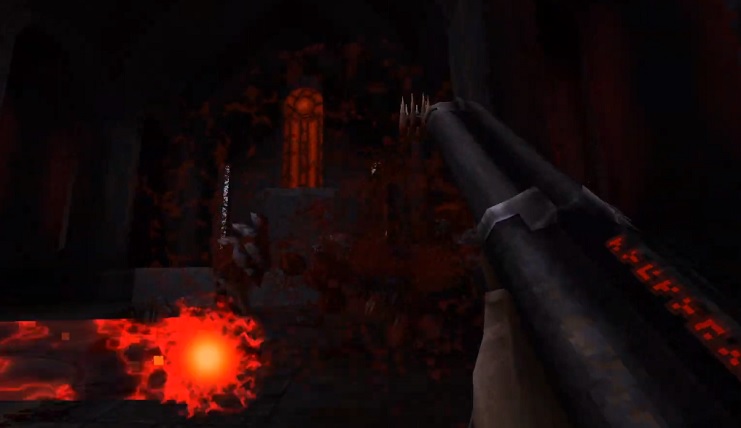 3D Realms released a new roadmap in accommodation to their latest announcement. The game now slates to a February 25, 2021 release. This much time can help the team push the game further and remove any potential bugs.

Meanwhile, the studio released an update for Wrath: Aeon of Ruin today. In the release, the team added a new weapon, a new enemy type, and another mission level.

The new level is the home of an extinct religious sect full of lava chasms underneath it. 3D Realms also announced what will come with the Founder’s Edition.

These unique knick-knacks will include a big box with the CD-ROM copy of the game. It will also include art, soundtrack, USB drive, posters, stickers, figurines, and books.

The final 1.0 release of Wrath: Aeon of Ruin will have 15 levels, three hub worlds, and many different added features. The game is available on Steam on Early Access.