AJ Styles reveals details on upcoming Boneyard Matches for Wrestlemania 36 and how wrestling in an empty arena would affect the participants of the event.

Wrestlemania is the most anticipated wrestling event of the year, but with most of the world on lockdown due to the COVID-19 pandemic, it’s interesting to know what the 2020 PPV would be like. As suspected, big changes are happening for Wrestlemania 36, with it taking place for two nights and in an empty arena.

One of the highlights of the event is the match between AJ “The Phenomenal” Styles and WWE icon, The Undertaker. The two will be butting heads in a Boneyard match set for the April 4 Mania weekend. For those unfamiliar with what a Boneyard Match is, according to Styles, it’s more of an “anything goes” type of match.

In an interview with GameSpot, the 42-year-old had described what would happen during his Boneyard Match with The Undertaker.

There are no rules

While trying not to give anything away, Styles confirmed that in a boneyard match, there are no rules, anything goes and anything can be used. For the WWE star, that is something in his favor saying:

“I would say he’s playing into my game, you know? I mean, he’s not thinking. Maybe The Undertaker’s been so angry with AJ Styles, and everything that he has said, that he’s not even thinking straight.”

According to Styles, whose real name is Allan Neal Jones, the Boneyard Match would be good for the fans because they would be able to watch The Undertaker that they are used to seeing The Undertaker, who has been a constant fan favorite for almost three decades. 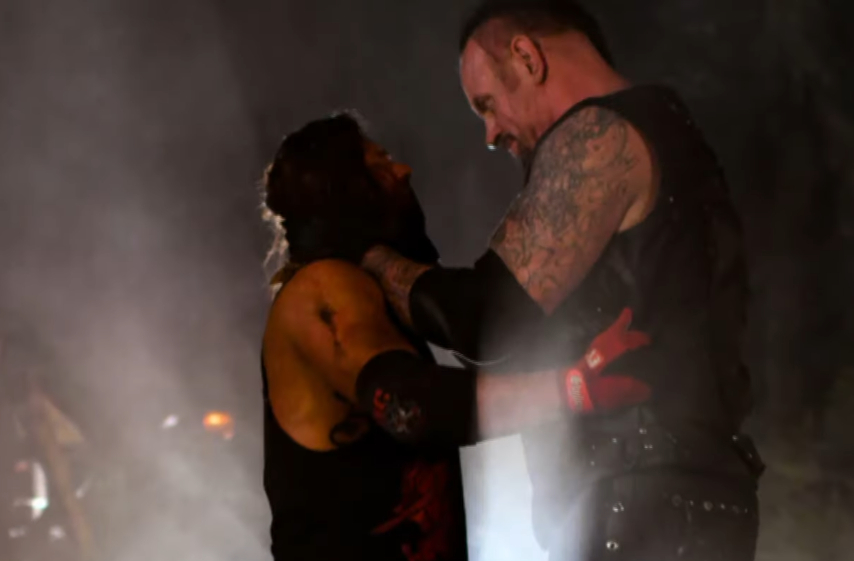 No fans in sight

Because of the pandemic and to lessen the spread of the COVID-19, social distancing is implemented and many television shows had to go on without an audience. For Wrestlemania 36, the same rules follow and the WWE stars would have to enter the ring without an audience.

As to how that would affect the Boneyard Match between AJ Styles and The Undertaker, the former says that things don’t really change much because there weren’t any people during the match.

It’s all about the entertainment

For people in the wrestling profession that live off the energy from the audience, Styles remarks that not having one isn’t good. However, he emphasizes the importance of Wrestlemania 36 during this challenging pandemic period.

According to the WWE superstar, it is important that they go on with the event because their job is to entertain, to help people forget about what is happening in the world today, at least for a moment.