Survival horror game Alan Wake is on the Xbox Game Pass for PC now. The game will stay for the month with other choices like Cities: Skylines and Plebby Quest: The Crusades.

In addition to the solid list of games available on Xbox Game Pass, Minecraft Dungeons will join the service at launch next week, May 26.

Some games will also leave the service on May 29. These games include #IDARB, King of Fighters ’98 Ultimate, Old Man’s Journey, Brothers: A Tale of Two Sons, and Hydro Thunder Hurricane.

Among the games that came today, Alan Wake is worthy of a full revisit for horror fans. The game is a 2010 third-person survival horror adventure of titular character Alan Wake. The award-winning novelist is investigating the disappearance of his wife.

As he goes to Bright Falls, Washington, he discovers that the horrors he wrote are coming to life. The game is one of the best games of 2010, garnering No.1 video game of 2010 mention from Time Magazine.

The game itself is cinematic and hard to put down, with twists and cliffhangers at every step. Alan Wake celebrated its 10th year anniversary and the game aged quite well.

The return of Cities: Skylines to the platform is a welcome move too. The game is well-regarded as one of the best city builder games of all time. This achievement is in a genre where its rivals include SimCity 4 and Age of Empires 2.

The scope of the game is deep, allowing players to build residential locales, skyscrapers, and bustling cities. The granularity of the 2015 game is something any city-building enthusiast will enjoy. 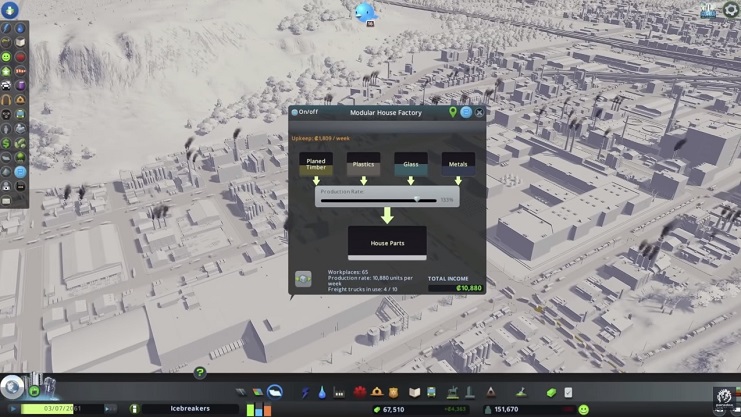 The Xbox Game Pass is a great choice for players who are on a budget. Those who are not fussy with ownership can enjoy hundreds of games on the service’s library. Players can even sample games that are exclusive to the Xbox console.

Players who want to try the service on PC can pay $1 for the first month, with a $4.99 introductory price over the next few months. Once the service stabilizes, the pass will cost  $9.99 per month.

Players can also opt for the Xbox Game Pass Ultimate for $14.99 per month. More games come to the platform every month, so fans are in for a treat. For those who don’t mind a rental or subscription model, the Xbox Game Pass is the right choice.