YouTube has taken the HD badge off the 720p option, as the 4K resolution increasingly trends in the world of technology.

The YouTube 720p reclassification is mere semantics in nature. The move is more of a proof that technology is fast-developing to the point that 720p is no longer considered a high-definition quality for videos—for any screen resolution, in fact.

YouTube has updated its video quality option, and users would only see 1080p as the HD option. News reports say that there hasn’t been any change to the 720p video quality, or that the resolution is phasing out, it’s just that the HD badge has been taken off.

Over at Reddit, there’s a discussion on whether or not the 720p without HD badge is just a bug. Unfortunately, that isn’t the case at all.

Further discussions were made about the 720p being the basis for HD quality, with 1080p being Full HD and 1440 Quad HD. With this change, Redditors are confused as to what this means for the quality tags of 1080p and 1440p. 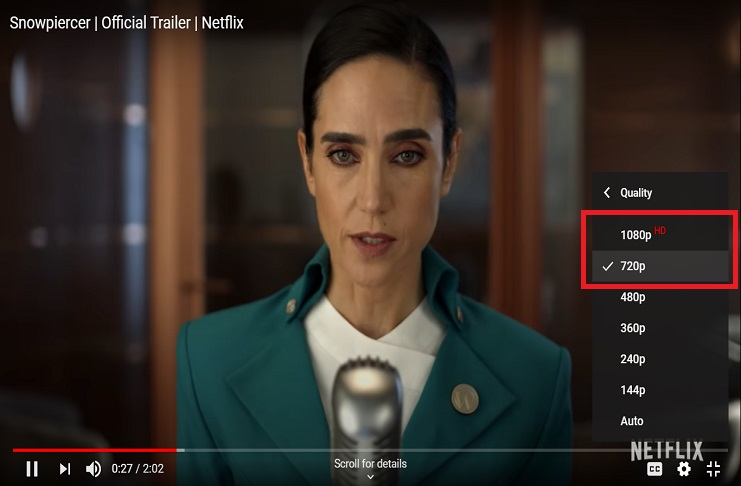 Web video producer and host of Waveform: The MKBHD Podcast, Marques Brownlee, posts a screenshot on Twitter showing 1080p and 1440p as HD, 2160p is set as 4K while 720p joins the SD category.

He further notes that he agrees on YouTube’s reclassification.

Fun fact YouTube no longer clarifies 720p as HD. Only 1080p and up now. I completely agree ???? pic.twitter.com/QjaeZyfGAH

The rise of 4K and UHD

The YouTube 720p reclassification is a statement as the generation of ultra-high definition (UHD), and 4K slowly dominates modern technology.

Notebookcheck notes that changes to the “high resolution” panel normally change over a period of time. The media outlet cites its basis in 1996 when 640×480 was considered the highest screen resolution, and that 1024×768 was the 4K dream of that era.

Therefore, as the era of 5G, 4K, UHD, and even flipped smartphones emerge, so should the standard basis of high resolution. Most especially with the arrival of PlayStation 5 and Xbox Series X in 4K soon, 720p may no longer cut it.

However, with this new standard comes with the unfortunate news about Apple’s Retina display resolution. The media outlet highlights that the iPhone 11 and the newly released iPhone SE are no longer considered “HD devices.”

Perhaps, this will be something to look forward to with the upcoming iPhone 12.

Meanwhile, Samsung has just released Galaxy A21s on May 15 with a display resolution of 720p by 1600p. So that will also mean it wouldn’t be considered as an HD device as well.

So far, there hasn’t been any official word from YouTube regarding this sudden move, although the reason behind the change is self-explanatory.