Zoom and Skype are two of the most popular videoconferencing apps today. However, most users want to know how do these two platforms compare in terms of service, privacy, and price.

As most of the world is shut down due to the COVID-19 pandemic, several companies have had no choice but to implement a work-from-home set up in order to keep their operations running. This situation has pushed into the limelight, videoconferencing apps, as people all over the world are forced to work and study from home.

Videoconferencing apps are now playing a vital role in sustaining companies worldwide, and at the forefront of this endeavor are Zoom and Skype. With the ongoing pandemic, both platforms have seen a massive spike in their usage numbers. But as far as video conferencing goes, which platform is better?

Zoom is a cloud-based video conferencing platform that was first established in 2011. The remote conferencing services it provides would include video and audio conferencing, chat, online meetings, and collaboration. The service was founded with large enterprises in mind making it highly suitable for business.

Skype is a tool originally developed by Microsoft in 2003 for the purpose of making voice calls. Their services, however, soon expanded to allow video calls and instant messaging, allowing multiple people to communicate using a number of devices. 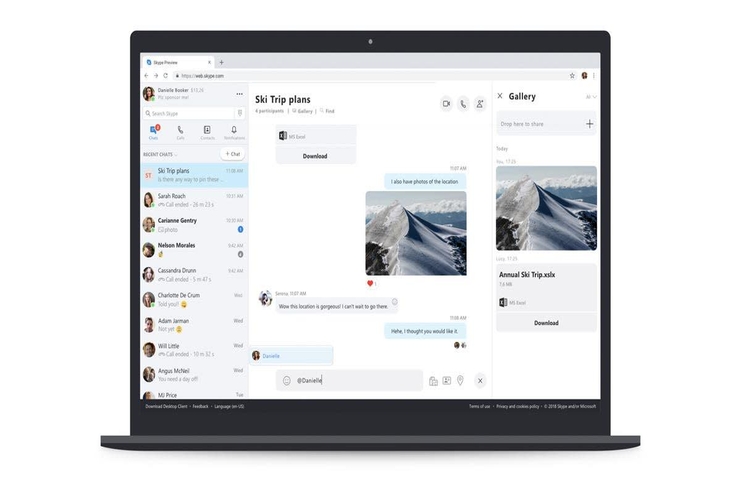 Zoom and Skype share a number of similar features. First and foremost, both allow people to hold conference calls for meetings while recording them for later evaluation. They support screen sharing, whiteboarding sessions (drawing, writing, and brainstorming) and file sharing.

Both allow for third-party app integrations, though for Skype, this would be with other Microsoft tools.

Not only that, but both platforms also allow people to use their service without registering an account. This is done by using shared links that people can use to enter meetings. However, Skype had recently taken this step a bit further with its new Meet Now feature.

This new feature allows people to start a meeting or a video chat session without needing an account or even downloading the Skype app. The best thing about this feature is that it’s free, a part of Skype’s plan to compete with Zoom.

The biggest difference between the two platforms is probably the scale of their services. On the business side, it can be said that Zoom’s ability to cater to up to 1000 participants in a video and accommodate 49 on-screen videos gives it an advantage over Skype. This makes sense since Zoom’s particular focus when it was founded was to provide video conferencing services to large companies.

Security is mainly done using end-to-end encryption for both platforms. However, this is one area where Zoom had received overwhelming criticism. With the rise of the coronavirus and governments implementing lockdowns, Zoom had experienced a massive surge in usage, and the platform wasn’t fully prepared to accommodate 200 million users.

We appreciate the scrutiny and questions we have been getting – about how the service works, about our infrastructure and capacity, and about our privacy and security policies. These are the questions that will make Zoom better [Blog Post] https://t.co/tDcWxRIF2V by @ericsyuan

Zoombombing is when uninvited users infiltrate and disrupt a Zoom meeting oftentimes sharing violent and pornographic images. With the security issues that had plagued the Zoom app, its CEO Eric Yuan had to issue an apology and promise to correct the vulnerabilities that were found in their service beginning with the development of waiting rooms where participants of a meeting would be first directed before given access by the host.

While both platforms can be used for free, people would still need to pay to enjoy the entirety of their services.

For Skype, people are free to use Skype-to-Skype communication, such as video conferences, chat, and voice calls. Using Skype to call a cell phone or landline, however, would require a subscription or particularly Skype Credits. $5 worth of credits would allow one to call up to 165 minutes while $10 and $25 would give calls up to 330 minutes and 830 minutes, respectively.

Monthly subscriptions are also available, which would allow people unlimited or fixed calls with prices depending on the geographical location of the receiver.