May 11 is the release of Mavic Air 2, the new smartest drone by DJI.

Joshua Goldman described Mavic Air 2 as the new smartest drone in the market. According to him, his experience is different from the drone released in 2018. He said that it does have a bigger size and heavier weight. But he elaborated that it is capable of flying further and longer compared to other drones he tested.

On video transmission, the highest range reaches 6.2 miles. From four kilometers, it increased to ten kilometers.

The camera of Mavic Air 2 uses a 1/2-inch Quad Bayer image sensor behind. With it is the 24mm-equivalent lens. This design makes it capable of capturing 48-megapixel images. It also can capture 12-megapixel shots producing lesser noise.

Another option available in Mavic Air 2 is the 8K-resolution hyper-lapse. It is also known as motion time-lapse. Furthermore, Mavic Air 2 2 can do a slow-motion movement with at least 1080p at both 120 and 240fps. 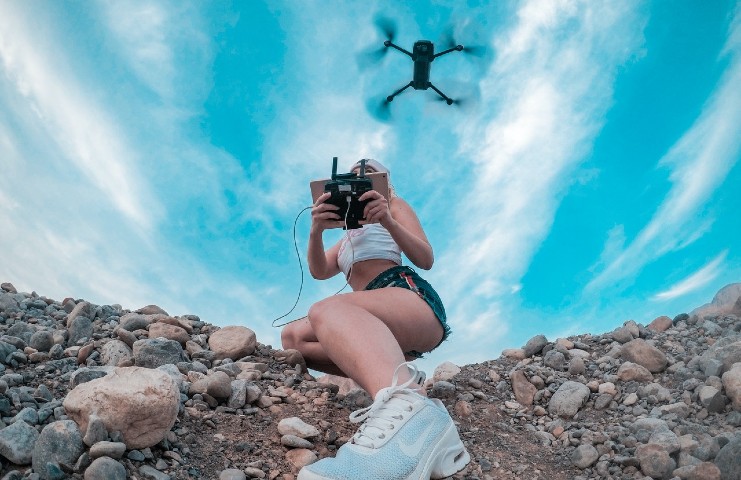 As the new smartest drone, Mavic Air 2 has more features, such as a redesigned controller. As per Goldman’s teaser review, the controller is more comfortable and easier to use. It has an Advanced Pilot Assistance System with sensors found on the drone’s front, back, and bottom.

The drone control of Mavic Air 2 is also larger. Yet its sticks remain removable and twistable.

Another feature that DJI included in their new smartest drone is the AirSense. It allows drones to receive ADS-B signals coming from airplanes and helicopters. It helps users to know if there is any traffic within the area.

According to DJI, the COVID-19 pandemic affected the release of Mavic Air 2. Because of this, there will be a limited supply of those with AirSense included. It will happen especially in North America. Still, the new smartest drone’s release will be on May 11, 2020.

The price of the drone in the US starts from $799. It includes one battery and its controller. For the UK, its price starts at £769. The package contains the same items. In Australia, it will be $1,499.

For users who want more items, there is a package available. It contains a shoulder bag, three batteries with a charging hub, and ND filters. Price in the US will be $988, £949 in the UK, and AU$1,899 in Australia.