Overnight the exchange, whose chairman is Bitcoin Cash main man Roger Ver, announced it had listed influencer Richard Heart’s controversial HEX token, which has sold $5.1 million worth of tokens so far.

It’s the first major exchange listing for HEX which until now was on Bidesk and Saturn Network, where it had lost 99.3% of its value.

Bitcoin.com’s listing announcement didn’t go down well on Twitter, where 113 of 123 replies were scathing.

“I care about the future of Bitcoin dot com. This is not a wise move,” wrote @vinarmani

“So you clearly don’t need CSW to destroy BCH you guys can do it all by yourselves,” said @fintechbay

One of the 10 supportive replies was Heart himself tweeting ‘there’s been a 66x wick up.‘ following the announcement. However, this was based on just $2000 worth of volume.

Redditors were similarly scathing in a thread titled “What the f? Why does the Bitcoin.com exchange list HEX?”

The official announcement describes HEX as a smart contract on Ethereum that pays out interest to users staking their tokens. The idea is to reward token holders instead of miners.

The HEX website claims that if only 1% of the existing HEX supply was staked, investors could earn up to 369% in interest.

HEX is “designed to increase in value faster than anything else in history” and “do over 10,000x returns in under 2.5 years”.

The project has certainly been “successful” with Bitcoin holders with one billion dollars worth of BTC picking up free HEX, while 35,452 Ethereum has been traded for Hex.

80% is currently being staked.

Roger Ver posted on Twitter this morning he was going live with Richard Heart to explain the listing.

From his statement: ‘Don’t like something? Don’t buy it’, it would seem the listing is driven in part by his Libertarian beliefs.

Don't like something? Don't buy it.
Have something you don't like? Sell it.
Not sure what's going on?
We'll talk about it on a live stream in 20 minutes: https://t.co/0sfTnjSBJa#bitcoin #BitcoinCash #ETH #cryptocurrency #HEX

Widely believed to be a ‘scam’

There’s not a lot of popular support for HEX. 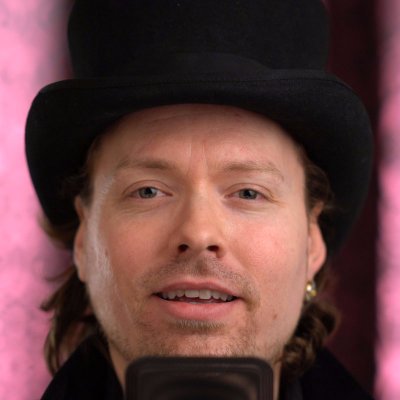 “In my opinion, everything I’ve read about HEX makes me extremely suspicious and wary … I personally wouldn’t touch it. There are enough red flags there to equip a Chinese military parade.”

Analyst Alex Kruger has called it a “useless ERC20 token. Its only purpose is to hopefully go up in value by attracting new suckers.”

Brave New Coin slammed Hex in its analysis yesterday and went through the legal disclaimer: “So in summary, if you send them ETH you won’t get it back – your ETH is a donation. You should expect nothing, you will not be given anything and oh, by the way, the HEX code can do nothing.”

While most people agree its not a Ponzi or a pyramid scheme, they fear it is a new breed of scam coin.

But wait! Heart says he’s trying to use the sales tactics of scam artists to promote an honest project.

Bitcoin.com quoted Heart’s weekend tweets saying: “HEX improves crypto by paying people to take possession of their Bitcoin private keys … HEX starves scams of attention and referrers by using the same and better sales tactics than they do.”

He hired two former Biconnect Ponzi promoters, Trevor James and Craig Grant, to promote HEX saying that hiring them meant they will not be shilling ‘some other bullshit’.

Micky spoke with – or rather listened – to Heart in Singapore recently and our eyes glazed over as he explained his project in detail.

But his self-belief seems so overwhelming that it’s possible he could believe that adopting ‘scammy’ sales tactics is actually a good idea.

Some of the issues with HEX

It’s a fairly complex scheme but a popular Medium blog about HEX by Goldman Sats picks up on some of the major issues.

In the blog, which has more than 3600 likes, he claims that Heart is set to make up to $100 million from the token and set it up in such a way to give himself ownership of 45% of the coins through ‘The Origin Address’.

“Not only will Richard control close to half of all HEX after the first year, but it is the first token I have seen to have its founder’s perpetual self-enrichment baked into the protocol”

Heart has said he doesn’t own the Origin Address, however.

Commentator Guy Swann echoed these sentiments on his cryptocurrency-focused podcast Cryptoconomy saying: “To get HEX after the airdrop, you participate in an ‘Adoption Amplifier,’ which makes a game out of bidding on new HEX tokens by sending ETH into a ‘pool’. That ETH then goes directly to Richard.

“Everything in this ridiculous token is designed to look like a game and encourage gambling. But the one universal factor in every game element is that Richard gets wealthier and you get a worthless token that he invented for free.”

Heart has just posted on Twitter that publicity around the listing has pushed site visitors to a record high.